Shutter Priority mode- is a semi-automatic exposure mode.In some cameras you will fi nd it Tv,and in some S on the camera dial.You select the shutter speed and the camera automatically sets the aperture for a proper exposure.For digital cameras without Shutter Priority,you can use use Sports, Kids and Pets or Fast Shutter mode.
Shutter speed is the amount of time the shutter remains open to allow light to reach a digital camera sensor. Shutter speed is measured in seconds, or fractions of seconds.
How an image is exposed is determined by the combination of the lens aperture and shutter speed. A fast shutter speed will use a larger aperture (small F-stop number) to avoid an under-exposed image. A slow shutter speed requires a small aperture (large F-stop number) to avoid over-exposure.
Typical shutter speeds are: 1/2000 second, 1/2000 sec, 1/500 sec, 1/250 sec, 1/125 sec, 1/60 sec, 1/30 sec, 1/15 sec, 1/8 sec, 1/4 sec, 1/2 sec and 1 second. On some digital cameras you can manually set shutter speed a lot slower than a second for very long exposures.But if you want to use a shutter speed slower than 1/60 sec you will need a camera support,so you have to consider a tripod to prevent camera shake. 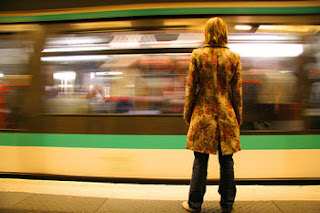 Slow shutter speeds are often used in low light conditions, extending the time until the shutter closes, and increasing the amount of light gathered. This basic principle of photography, the exposure, is used in film and digital cameras, the image sensor effectively acting like film when exposed by the shutter.
But slow shutter speed can be used to intentionally blur a moving subject for artistic effect.
A slightly slower shutter speed will allow the photographer to introduce an element of blur, either in the subject or if the camera ispanned to follow a moving subject, the background is blurred while the subject remains sharp.This is called motion blur.The exact point at which the background or subject will start to blur depends on the rate at which the object is moving, the distance it is from the camera and the focal length of the lens in relation to the size of the digital sensor or film.When slower shutter speeds, in excess of about half a second, are used on running water, the photo will have a ghostly white appearance reminiscent of fog. This effect can be used in landscape photography.
Zoom burst is a technique which entails the variation of the focal length of a zoom lens du 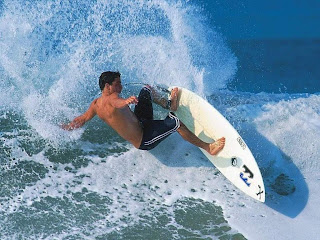 ring a longer exposure. In the moment that the shutter is opened, the lens is zoomed in, changing the focal length during the exposure. The center of the image remains sharp, while the details away from the center form a radial blur, which causes a strong visual effect, forcing the eye into the center of the image.
Very short shutter speeds are used to freeze fast-moving subjects, for example at sporting events,or sometimes to capture moving objects.Careful excessively fast shutter speeds can cause a moving subject to appear unnaturally frozen. For instance, a running person may be caught with both feet in the air with all indication of movement lost in the frozen moment.
at 2:05 PM

this was really helpful. thanks

Nice blog thanks for pposting